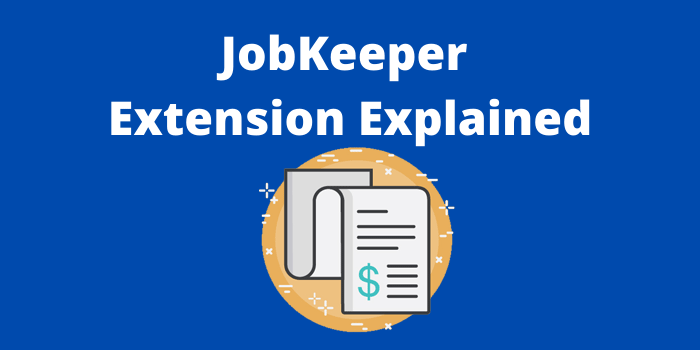 Hi Everyone! Let’s talk about the most requested topic out there right now, Jobkeeper 2.0. From 28 September 2020, businesses would need to reassess their eligibility for Jobkeeper 2.0 each quarter moving forward.

This means they need to do a comparison with actual turnover from July to September 2020 versus July to September 2019. This is a big difference compared to Jobkeeper 1.0, which was not actual income but forecasted
income. So back then they would only need you to forecast your turnover drop, but not rely on actual sales income.

This time around they want you to compare the actual income you have received and see if there has been a 30% drop in GST sales compared to last year.

There are two parts of Jobkeeper 2.0 to make it even more confusing.

You will need to do the turnover test twice. Once after the September quarter and then once again after the December quarter so you can get both Part 1 and Part 2 of Jobkeeper 2.0.

What also has changed is the amount each employee gets.

The pay rate for Jobkeeper 2.0 is not 1500 per fortnight for eligible employees. It actually depends on how many hours per week, for the last 4 weeks, the employee was working prior to March 2020 or July 2020.

One big question that companies are asking is, what about the alternative tests, because maybe their business is a new business, or has had significant increase in growth, and the turnover test compared to last year isn’t a real reflection of the turnover drop that has happened recently.

One big key difference that has changed in Jobkeeper recently was that new employees or employees who were not eligible for Jobkeeper can now apply to receive Jobkeeper as long as they meet the requirement for Jobkeeper on 1 July 2020.

Initially all of these employees were not eligible for Jobkeeper as of March 2020. The ATO has now allowed everyone to reassess the eligibility on 1 July 2020.

As long as you are eligible for Jobkeeper because you satisfy the turnover test you can apply for Jobkeeper for the employees that weren’t eligible back in March 2020.

However, there will be more likely changes coming up!