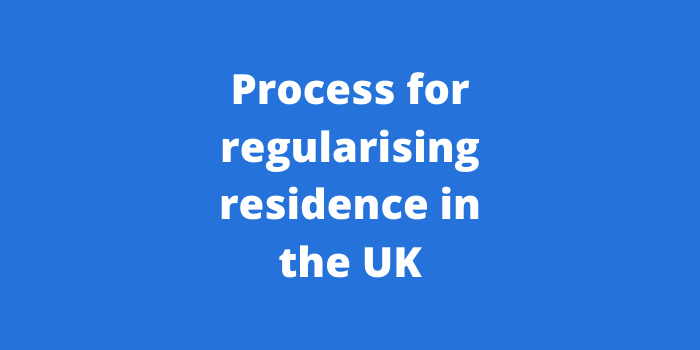 From 1 July, all EU member state nationals living in the UK will have to secure residency status in order to remain in the country with their essential rights, such as being able to work, rent a home or access public services.

Under the terms of Brexit, citizens of EU countries living in the UK before the end of 2020 – when the EU and the UK reached an agreement – can keep their rights if they apply for a residence permit.

With less than a month to go before the deadline, more than 320,000 Spaniards have already received their permits, a figure that is almost double the estimated 180,000 in the UK, sources from the Ministry of Foreign Affairs have confirmed to RTVE.es. In total, more than 5.4 million people applied for residency until 30 April, of which just over 5.1 million have received a response. At least 52% of the residents have received an indefinite residence permit and 44% a limited residence permit. However, more than 100,000 applications from EU citizens are still unanswered in London and more than 302,000 across the UK.

The Mayor of London, Sadiq Khan, has said that if the deadline is not extended, thousands of people could become undocumented migrants overnight without being able to prove their status or access public services. Khan warned that the “injustices” of the Windrush generation – thousands of Caribbean nationals who came to the UK after the Second World War to rebuild the country and who in recent years have lost their rights and even fear deportation – could be repeated.

What is the European Settlement Scheme?

The “European Union Residence Scheme”, also known as the ‘EU Settlement Scheme’, allows citizens of EU member states to remain in the UK after the UK has implemented its exit from the EU.

Those residents who do not apply will no longer live in the UK legally and could be deported, while those who receive permission will be able to work in the country, access the national health service free of charge (if they currently have access to it), study in the UK, travel within and outside the UK, as well as access public funds such as benefits and pensions.

The system has been quite controversial, as many people could lose their legal status to live in the UK, while the government has pointed out that it is a good way to organise people living in the country legally and allows for more control over immigration.

Who can apply and until when?

To be able to live legally in the UK, applications must be made by citizens of the European Union, Switzerland and European Economic Area (EEA) countries – including Iceland, Liechtenstein and Norway – as well as people who are not from EU, EEA or Swiss countries, but who have a family member who is, or if they are the main carer of a British, EU, EEA or Swiss citizen.

They will also have to apply even if they were born in the UK, but are not British nationals, as well as if they have a permanent residence document in the UK. If they have children, they will have to apply separately.

Those who wish to continue to work, study or live in the UK must apply for leave to remain by 30 June 2021 and are required to be resident in the UK by 31 December 2020.