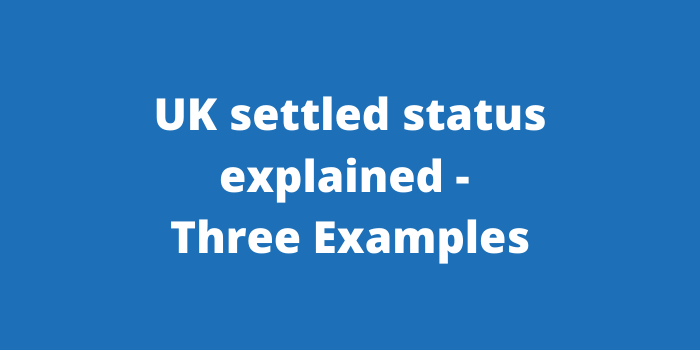 It’s likely that you’ll fall within one of these three scenarios. This video is part of a series on settled status for EU nationals living in the UK.

Let’s have a look at the first example.

This is a Spanish national who has spent five years in the UK. 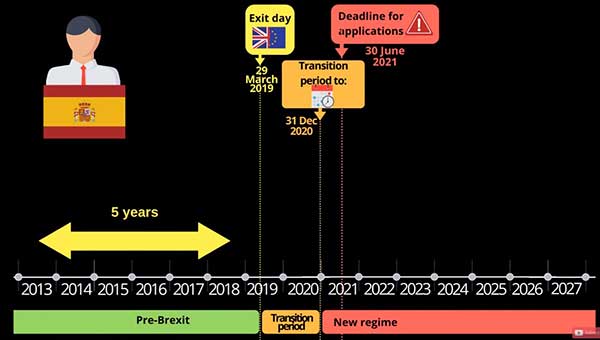 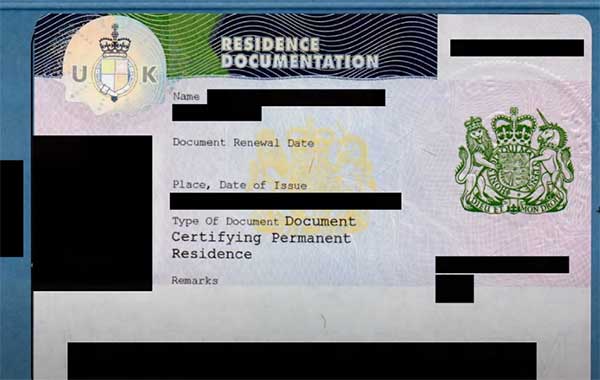 That’s, the government’s line is that you do not need to apply for permanent residence now. You can wait and apply for settled status when the application route opens, but nevertheless, one can apply.

My fear is that, as we’ve said in other tutorials, there’s going to be delay in the system, and that the electronic system may not operate efficiently, it’s quite possible. In any case, there’ll be a benefit to applying early. He only needs to do something by the 30th of June, 2021, but there’s a couple of things he’s got to be careful of.

The transition period to the 31st of December, 2020, is always going to be important for EU nationals living in the UK now. You’ve got to show that you’re resident in the UK on that date.

In this case, if he leaves the UK between now and the end of the transition period, he may break the continuity of his stay for the purposes of settled status. I’ll show you what I mean.

You can see from this diagram that the absence requirement for settled status is basically half of the year, 180 days.

You can’t exceed that without resetting the clock for the purposes of settled status. There’s one exception, which is the one year. If you leave the UK for one year for a good reason, like work or study, then that won’t break continuity of stay for the purposes of calculating continuous residence and the five years residence.

If you do interrupt it, it’s not necessarily a problem as long as you make sure that you are resident again in the UK by the 31st of December, 2020. In this case, if he breaks the continuity of leave by staying out of the UK for more than a year before that time, he’ll need to make sure that he’s back in the UK and he’ll be able to then apply for pre-settled status.

That’s a crucial message here, is you’ve got to make an application. If you don’t do so, then you could find yourself a, quote, over-stayer.

Let’s look at the next example. This is a French national who will only arrive in the UK just before the end of 2020. 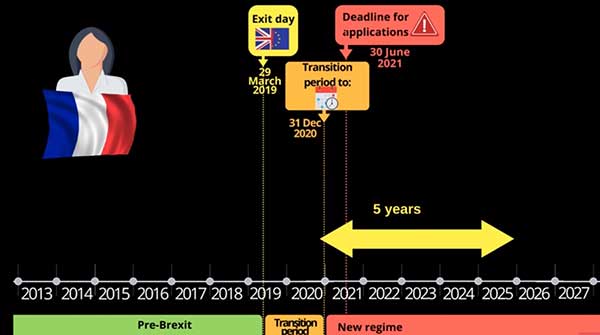 She will have five years residence up to 2025. In this case, she will need to apply for pre-settled status by the 30th of June, 2021. If she’s in the UK on the first of July, 2021, without having made an application, then she’ll be in the UK unlawfully.